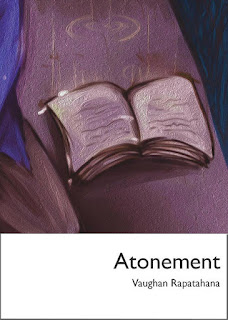 An anthology of 57 new poems, sometimes code-switched between languages, Atonement is the fourth collection of poems by Vaughan Rapatahana. It reveals the poet’s emotions and imagination about living in Hong Kong for many years, as well as in Philippines, Aotearoa-New Zealand and about his travels to and experiences in many other locales. This book was co-published by MCCM Creations(Hong Kong)  and ASM/Flying Island Books (Macao) in 2015 and also features illustrations by Pauline Wu.

Vaughan Rapatahana lives in Hong Kong, with a house in Aotearoa-New Zealand and also a home in Pampanga, Philippines, where he also frequently travels. He has lived in various parts of Asia for over 16 years. He has had poems published in many publications internationally in recent years. Two collections of his poetry were published in 2011: Home Away Elsewhere (Proverse Hong Kong) and china as kafka (Kilmog Press, Dunedin, Aotearoa) Rapatahana has a Ph.D from the University of Auckland. Currently he has been asked to write up a series of commentary posts for Jacket 2 at the University of Pennsylvania (USA), while he is also slotted to travel to both Australia and England during 2016, to deliver keynote addresses at various forums.
張貼者： Kubrick Poetry 於 12/22/2015 06:16:00 下午 沒有留言: 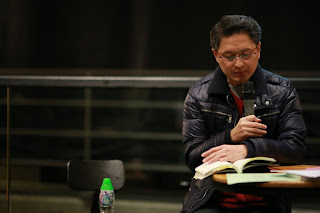 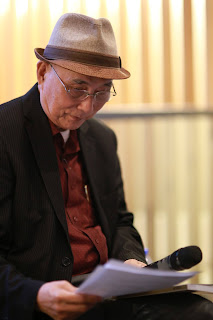 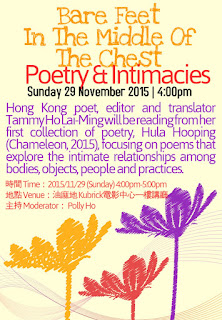 Hong Kong poet, editor and translator Tammy Ho Lai-Ming will be reading from her first collection of poetry, Hula Hooping (Chameleon, 2015), focusing on poems that explore the intimate relationships between bodies, objects, people and practices.

Tammy Ho Lai-Ming is a founding co-editor of Cha: An Asian Literary Journal and an assistant professor at Hong Kong Baptist University, where she teaches poetics, fiction and modern drama. She has edited several volumes of poetry and short fiction published in Hong Kong, including Desde Hong Kong: Poets in Conversation with Octavio Paz (2014), Love & Lust (2008) and Hong Kong U Writing: An Anthology (2006). Her collection of short stories, Her Name Upon the Strand (Delere), is scheduled for publication in 2016.
張貼者： Kubrick Poetry 於 10/20/2015 11:05:00 下午 沒有留言: