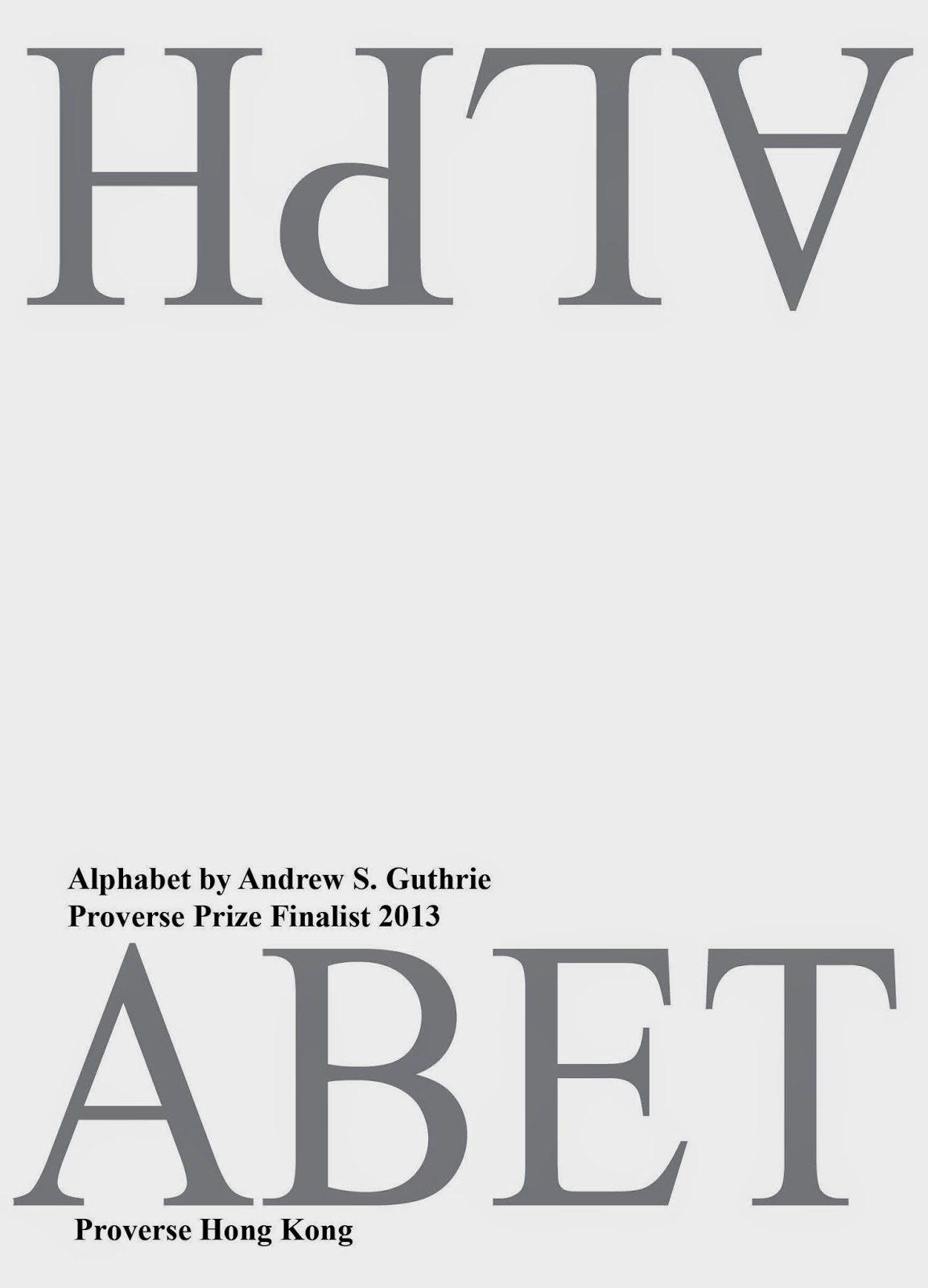 Alphabet consists of 26 poems concerning the vagaries of failure, including: misplaced manuscripts, writer’s block, articulate illiterates, libraries that were burned to the ground, posthumous fame for the previously poverty-stricken, botched yet endlessly repeated translations, the shortcomings of the dilettante, the over-inflated ego, and the perennial loser.’ --- From the introduction of Alphabet, a poetry collection by Andrew S. Guthrie.

Of the failures, which do you point to and say, ‘Yes, that’s me,’ or ‘that’s where I’m heading’ or ‘that’s exactly someone I know, someone I admire’?  We cannot get you out of your cloud, but you may walk away from the discussion with crystals of new insight, and who knows, you may end up convinced that failing in style is an achievement beyond success. Each poem in the book is assigned with an alphabet and given a title. According to the table of content, P-O-E-T-R-Y spells hallucination, intermission, consignment, zeus, well-known, and your edit. One of these bleakly humorous poems will be given a dramatic recitation by the actor Nikel Mordis. You must come to find out more.

Andrew S. Guthrie was born in New York City, lived for most of his life in Boston, Massachusetts, moved to Hong Kong in 2005. His writing can be found online at Make Do Studios, Weaponizer and Cha and in the print magazine, Poetry Is Dead. His artist edition “Brooken Records: 1960 -1969” was collected by The Brooklyn Museum of Art” in 2010 and his book of poetry “Alphabet” was released in April 2015 through Proverse Publishing Hong Kong.