Kubrick Poetry • March • In the Quiet of the Night 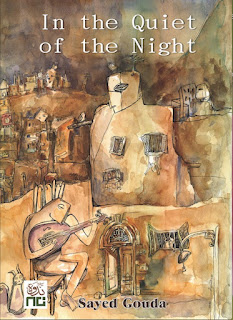 There are two books launched by the Hong Kong-based Egyptian poet Sayed Gouda. One is his fourth collection of poetry arranged in seven thematic sections: To the Soul, To Words, To the Night and the Sea, To Beauties Passing-By, To Them, To Life and Death, To the Heart. The book is bilingual in the original language Arabic together with the English translation done by the author. Another one is the complete works of poetry translated into Chinese by Gouda published by Qinghai People’s Publishing House in November 2015. The cover design and the inside sketches are courtesy of the famous Egyptian artist Mamdouh Kassifi.

Sayed Gouda was born in Cairo and emigrated to Hong Kong in 1992 where he currently resides. He did his undergraduate studies in Egypt and China, majoring in Chinese, and received his Ph.D. in comparative literary studies from the City University of Hong Kong in 2014. His research interests include comparative poetics, comparative literature, comparative cultural studies, and prosody studies. Gouda is a published poet, novelist and translator. His works and translations have appeared in Arabic, English, Chinese, French, German, Spanish, Macedonian, Uzbek, and Mongolian. He is the editor of a literary website called Nadwah that features five languages: Arabic, Chinese, English, French, and German (www.arabicnadwah.com). From 2004 to 2010, he organised a monthly literary salon in Hong Kong. He has also participated in many international poetry festivals and academic conferences around the world.

Call for Submissions – Making Space: A Collection of Writing and Art 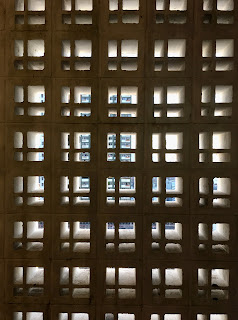 Call for Submissions  Making Space: A Collection of Writing and Art   Edited by Nicolette Wong , with support from Kubrick Poetry Society Cart Noodles Press (Department of English, The Chinese University of Hong Kong) The deadline of submission is extended to 17 July 2022 (Sunday).   (photo credit: Atom Cheung)  How do we situate ourselves when we navigate the city of Hong Kong—physically, and in our minds? Against a backdrop of bustling density and movement, the difficulties of making space have shaped our days. From the challenges of limited living space and the quest for personal space, to the everyday negotiations of our identities in the social space, we are constantly confronted with the question: How do we redefine the distance between the city, others, and ourselves, and between the selves within us?    This collection seeks previously unpublished writing in English, photography and visual art—by writers and artists in or from Hong Kong, as well as those who have had a close c
閱讀完整內容